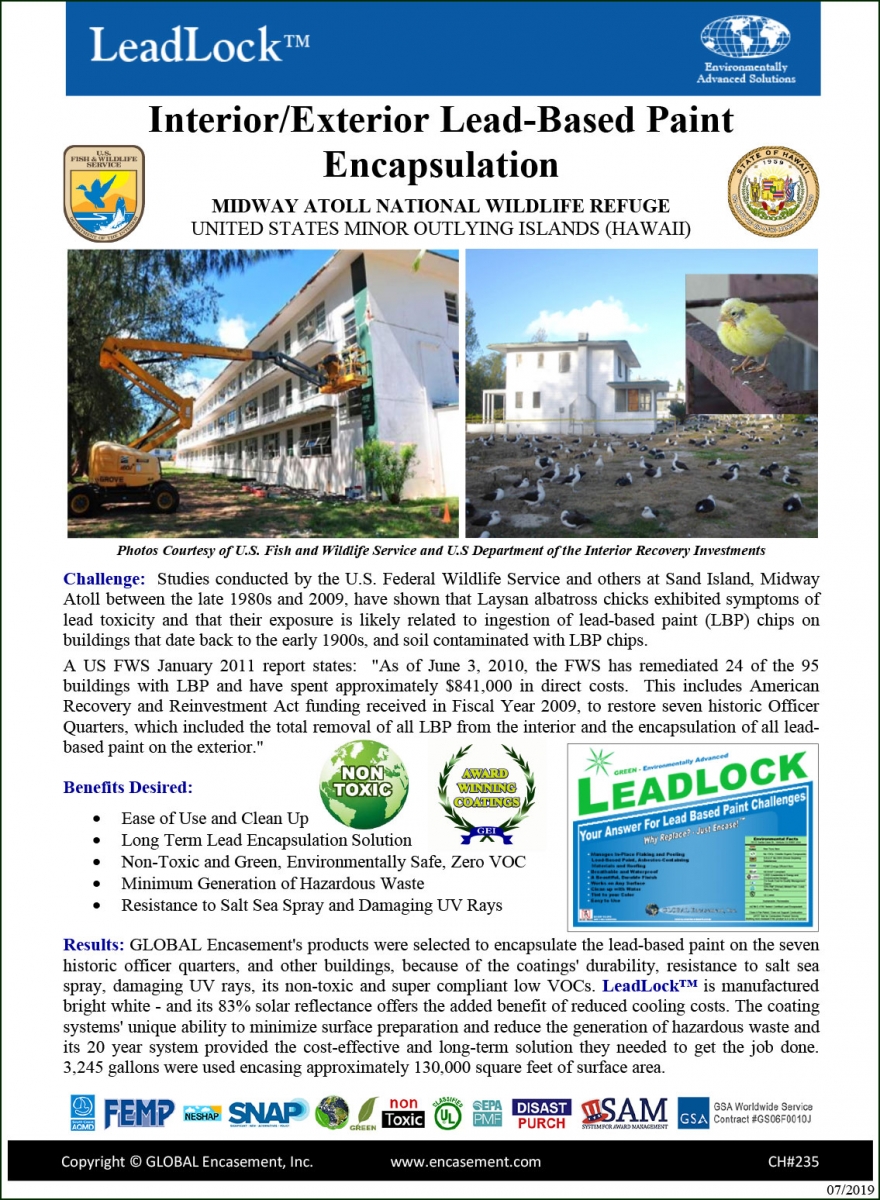 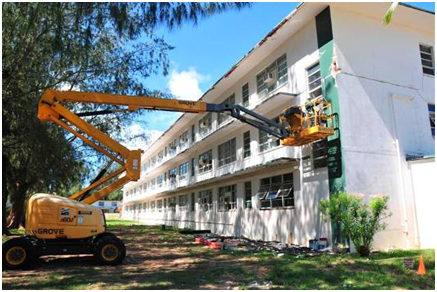 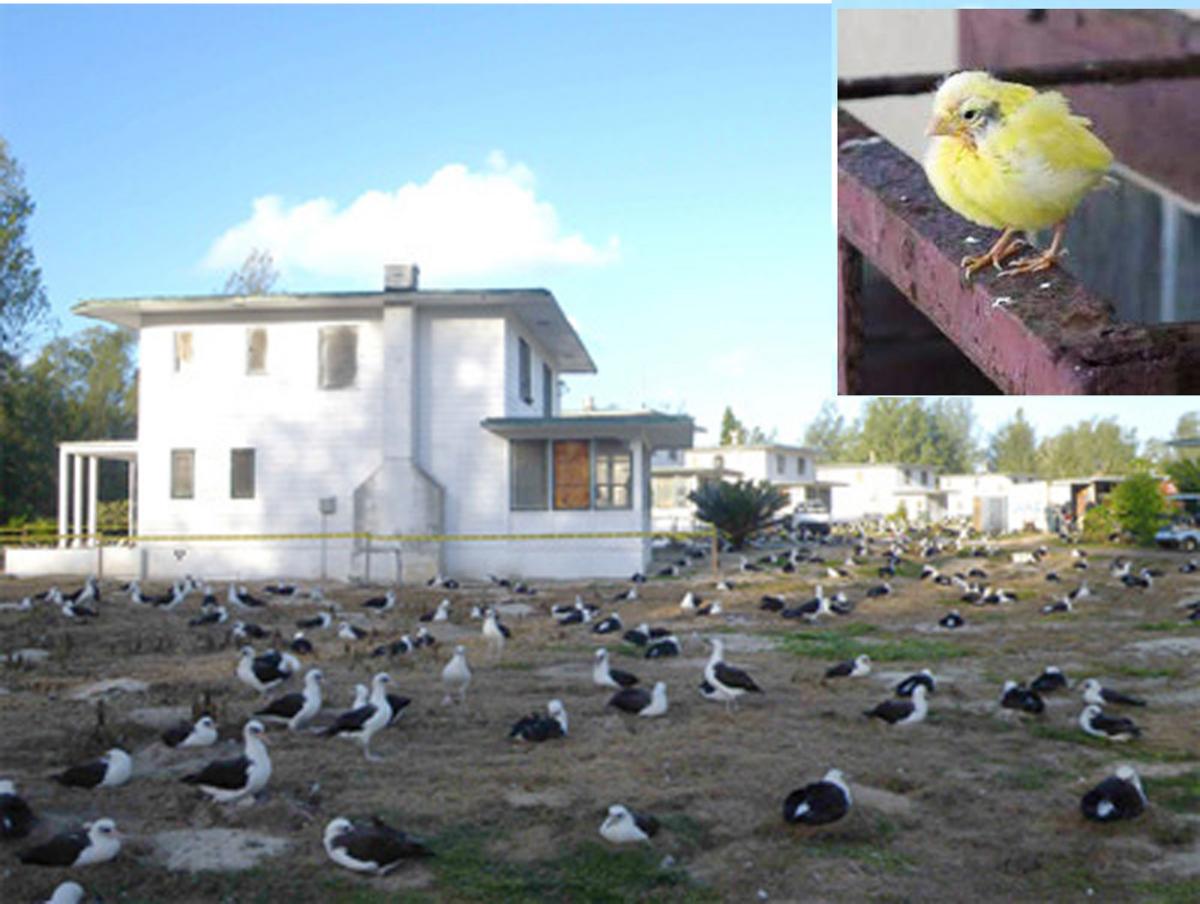 Photos Courtesy of U.S. Fish and Wildlife Service and U.S Department of the Interior Recovery Investments

Studies conducted by the U.S. Federal Wildlife Service and others at Sand Island, Midway Atoll  between the late 1980s and 2009, have shown that Laysan albatross chicks exhibited symptoms of lead toxicity and that their exposure is likely related to ingestion of lead-based paint (LBP) chips on buildings that date back to the early 1900s, and soil contaminated with LBP chips.

A US FWS January 2011 report states:  "As of June 3, 2010, the FWS has remediated 24 of the 95 buildings with LBP and have spent approximately $841,000 in direct costs.  This includes American Recovery and Reinvestment Act funding received in Fiscal Year 2009, to restore seven historic Officer Quarters, which included the total removal of all LBP from the interior and the encapsulation of all lead-based paint on the exterior."

GLOBAL Encasement's products were selected to encapsulate the Lead-Based Paint on the seven historic Officer Quarters, and other buildings, because of the coatings' durability, resistance to salt sea spray, damaging UV rays, its non-toxic and super compliant low VOCs.  Your Last Coat™  is manufactured bright white - and its 83% solar reflectance offers the added benefit of reduced cooling costs.  The coating systems' unique ability to minimize surface preparation and reduce the generation of hazardous waste and its 20 year system provided the cost-effective and long-term solution they needed to get the job done. 3,245 Gallons were used encasing approximately 130,000 square feet of surface area.