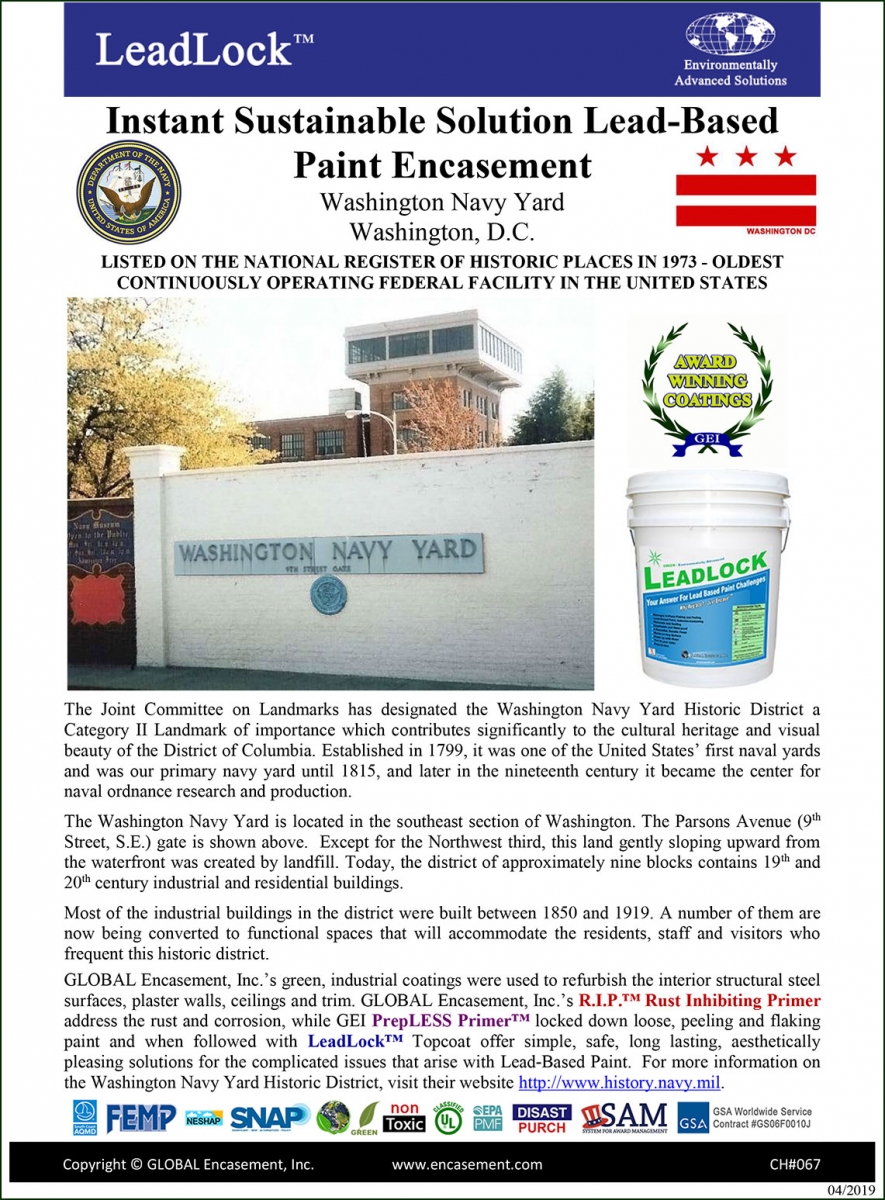 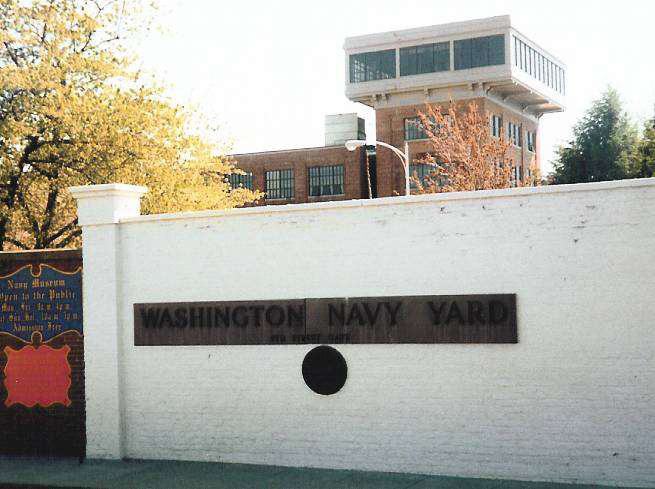 Listed on the National Register of Historic Places in 1973.

The Joint Committee on Landmarks has designated the Washington Navy Yard Historic District a Category II Landmark of importance which contributes significantly to the cultural heritage and visual beauty of the District of Columbia. Established in 1799, it was one of the United States’ first naval yards and was our primary navy yard until 1815, and later in the nineteenth century it became the center for naval ordnance research and production.

The Washington Navy Yard is located in the southeast section of Washington. The Parsons Avenue (9th Street, S.E.) gate is shown above. Except for the Northwest third, this land gently sloping upward from the waterfront was created by landfill. Today, the district of approximately nine blocks contains 19th and 20th century industrial and residential buildings.

Most of the industrial buildings in the district were built between 1850 and 1919. A number of them are now being converted to functional spaces that will accommodate the residents, staff and visitors who frequent this historic district.