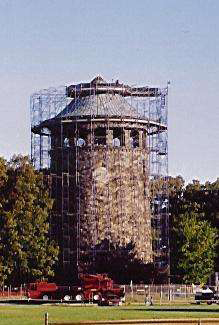 Construction of the Tower First Began in 1899. It had originally been intended for use as both a water tower and an observation deck. The tower has been opened to the public at different intervals throughout its history but has remained closed for the last thirty years. Wilmington State Parks assumed responsibility for the tower in 1998. Since then, they have been strongly interested in reopening the tower observation deck to the public.

This Century Old Structure was Going Through a Major Renovation. The Wilmington State Parks Department Wanted to Open the Observation Deck to the Public, Yet it was Found that the Supporting Interior Steel Structure was Coated with Lead-Based Paint (LBP). 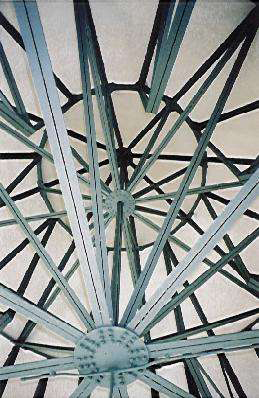 GLOBAL Encasement, Inc. had the Solution, A LeadLock™ Coatings System. All Rust was Addressed with PSN-12 Rust Inhibiting Primer, and then PrepLESS Primer™ (Primer, Sealer, Neutralizer) was Used to Lock Down All the Old, Peeling, and Flaking LBP. The Primer was then Followed by LeadLock™ TopCoat Custom Tinted a Specified Green to Match the Existing Colors in the Tower. All Desired Benefits were Met or Exceeded Using GLOBAL Encasement Products.