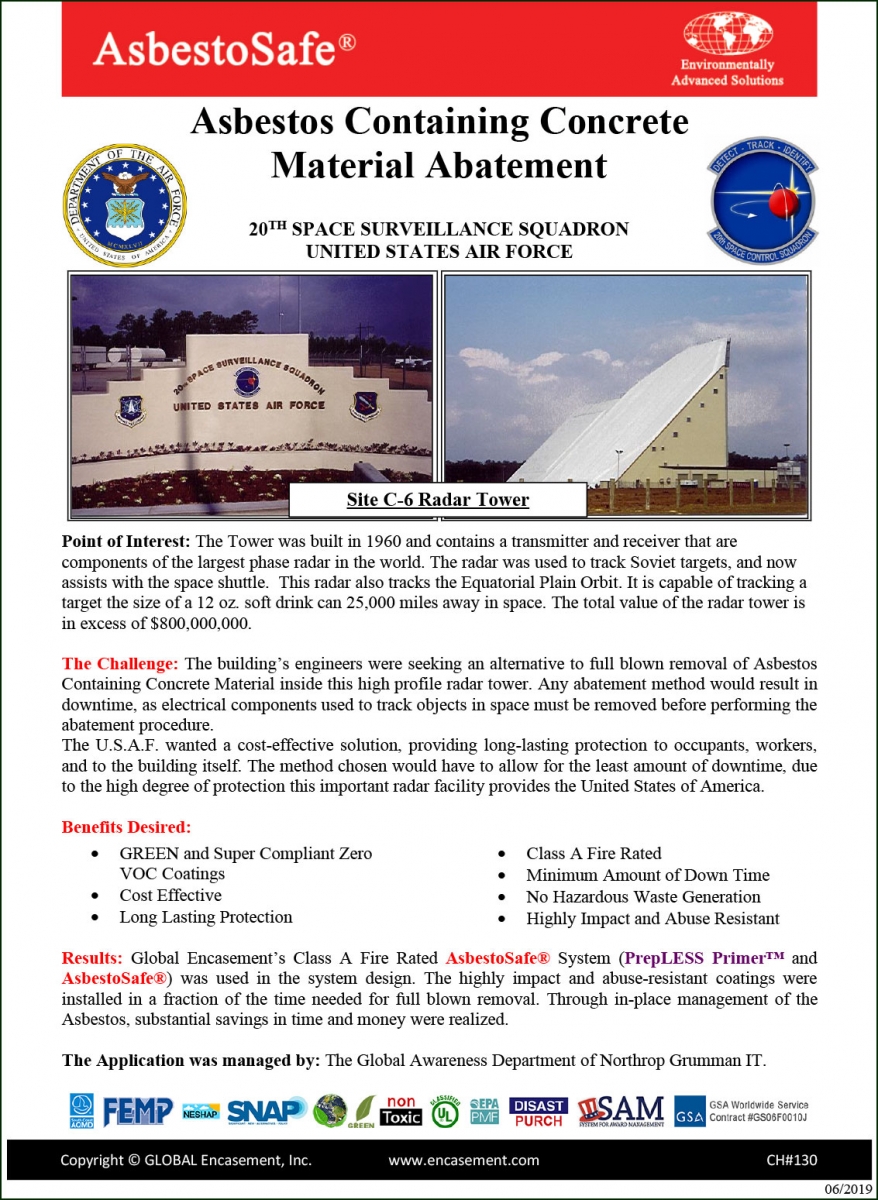 The Tower was Built in 1960 and Contains a Transmitter and Receiver that are Components of the Largest Phase Radar in the World. The Radar was Used to Track Soviet Targets, and Now Assists with the Space Shuttle. This Radar also Tracks the Equatorial Plain Orbit. It is Capable of Tracking a Target the Size of a 12 oz. Soft Drink Can 25,000 Miles Away in Space. The Total Value of the Radar Tower is in Excess of $800,000,000.

The Building’s Engineers were Seeking an Alternative to Full Blown Removal of Asbestos Containing Concrete Material Inside this High Profile Radar Tower. Any Abatement Method would Result in Downtime, as Electrical Components Used to Track Objects in Space Must Be Removed Before Performing the Abatement Procedure.

The U.S.A.F. Wanted a Cost-Effective Solution, Providing Long-Lasting Protection to Occupants, Workers, and to the Building Itself. The Method Chosen would Have to Allow for the Least Amount of Downtime, Due to the High Degree of Protection this Important Radar Facility Provides the United States of America.

Global Encasement’s Class A Fire Rated AsbestoSafe® System (PrepLESS Primer™ and AsbestoSafe® was Used in the System Design. The Highly Impact- and Abuse-Resistant Coatings were Installed in a Fraction of the Time Needed for Full Blown Removal. Through   In-Place Management of the Asbestos, Substantial Savings in Time and Money were Realized.

The Application was Managed by: The Global Awareness Department of Northrop Grumman IT.