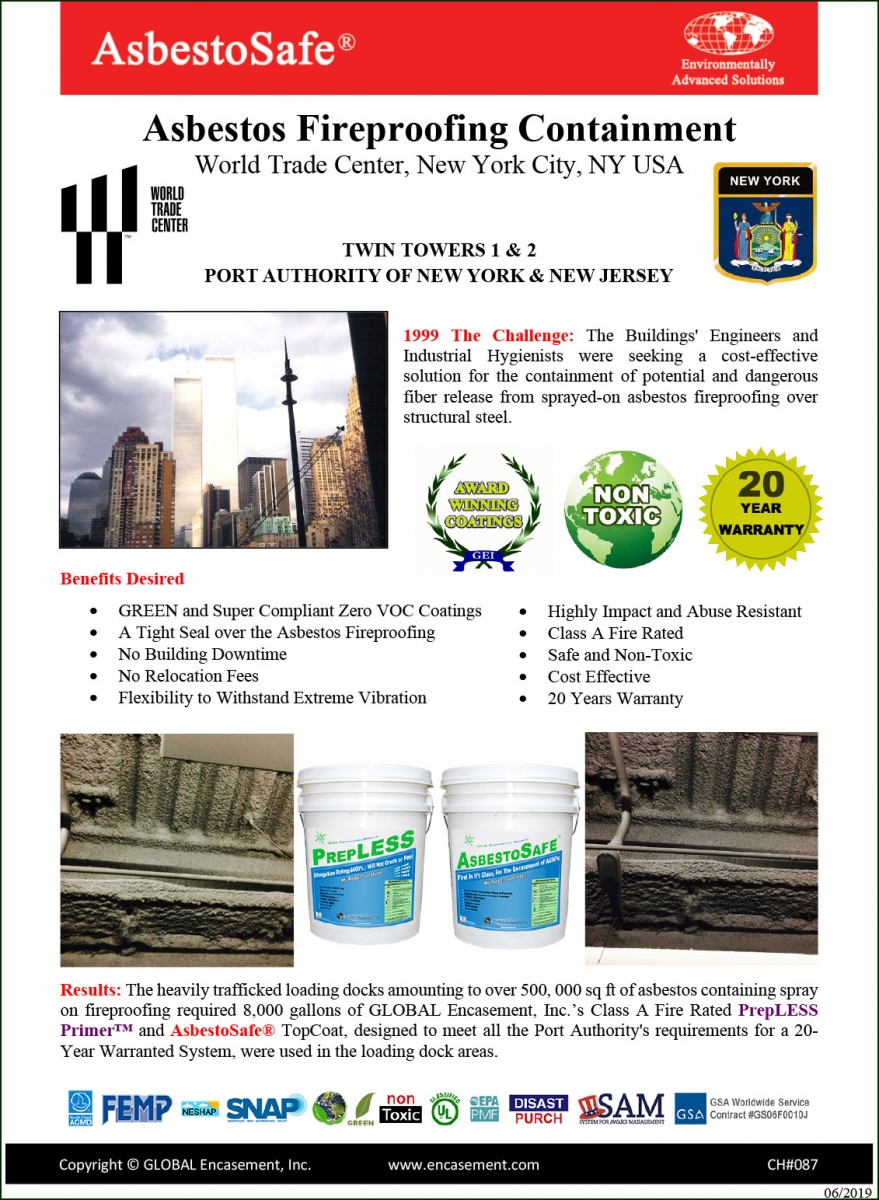 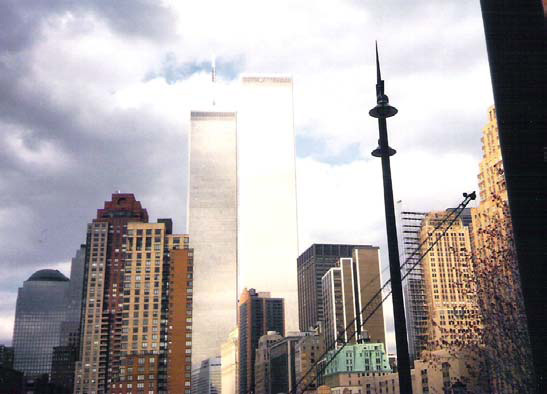 Note: The tragic events of September 11, 2001 led to the loss of thousands of precious lives. The two towers were unable to survive the effects of a direct hit by two hijacked commercial jetliners during terrorist attacks. Although they were in fact designed to withstand being struck by an airplane, the resultant fires weakened the infrastructure of the building, collapsing the upper floors and creating too much load for the lower floors to bear. Shortly after the attack, both towers collapsed.You can explore a comprehensive site on why the Twin Towers fell, including interviews with an engineer, a survivor, an interactive explanation of how metal behaves when heated, and much more, at http://www.pbs.org/wgbh/nova/wtc/.

The building engineers and industrial hygienists were seeking a cost-effective solution to prevent delamination of spray-on asbestos fireproofing on structural steel in areas of vibration (elevator shafts) and potential accidental impact (loading docks).

All of the Port Authority’s requirements were met or exceeded with a GLOBAL Encasement, Inc. AsbestoSafe® System design.
The plan was to encase all of the structural steel in the loading dock areas and then move on to the elevator shafts.
The Class A Fire Rated design included PrepLESS Primer™ to stabilize the fireproofing, followed with the durable and highly impact-resistant AsbestoSafe® TopCoat.More than 8,000 gallons were applied and over a half million square feet of structural steel was encased in the loading dock areas; the elevator shafts project had not yet begun.