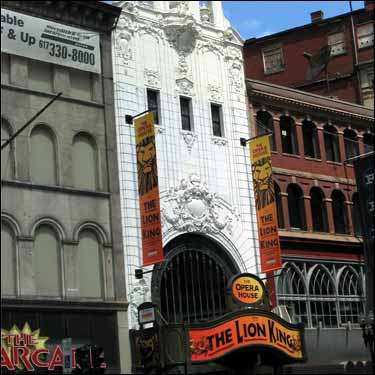 A venerable Boston theater, The Boston Opera House is a Beaux Arts-style structure built in 1928, in the heart of Boston's theatre district. The building underwent a two-year, restoration, completed in the summer of 2004.
The building's interior was meticulously restored. The walls were cleaned and repainted, water-damaged wooden fixtures were reconstructed and the mural that graces its proscenium was recreated. Fabric wall-coverings, fashioned in 1920s-era style, were added.
The asbestos fire curtain had been in place for many years and the cost to replace the 20’X60’ curtain would have been prohibitive. More importantly, the restorers were conscientious about preserving as much of the historic interior as possible. 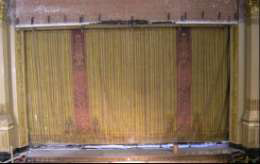 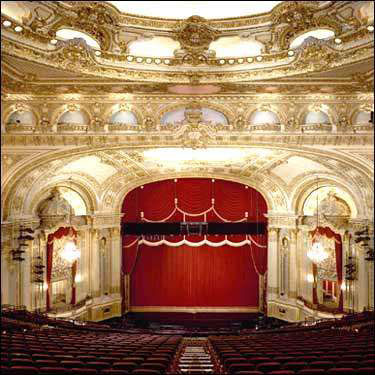 The gloriously restored stage as it appears today.

All of GLOBAL Encasement’s coatings have excellent elongation and did not alter or interfere with the drape and movement of the curtain wall. All benefits desired were met or exceeded.